The Oscars are this Sunday, and every year around this time, we like to reflect on past winners and nominees. How does Arrival stack up with 2001: A Space Odyssey? How does La La Land compare to Singin' in the Rain? And how does Suicide Squad look next to Waterworld? (Both were Oscar-nominated films. No kidding.)

But it's easy to forget about the less prestigious awards offered by the Academy*—and the very deserving movies that have won them. Let's take a look.

This flick earned an Oscar for Best Original Song, but you probably forgot about its other victory. It won by a landslide in the category of "Best Unnecessarily-Revealed Abs" (Patrick Swayze), an honor later snatched up by Jeff Goldblum in Jurassic Park. 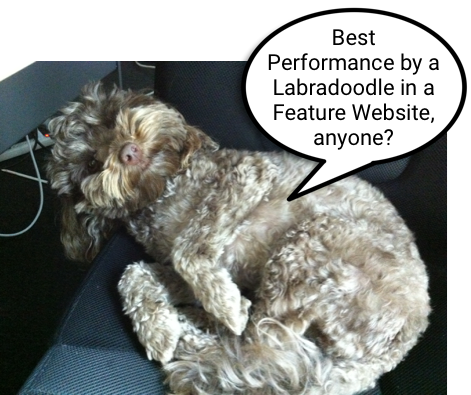 Men in Black is known for its Best Makeup win and nominations for Best Comedy Score and Production Design. But it also scooped up "Best Performance by a Pug," which is a surprisingly...ruff category.

This now-classic scooped up a win and several nominations during the 1990 Academy Awards. But you might have forgotten the less-reputable Oscar it won for "Most Audience Members Who Pretended to Know Who Wrote 'O Captain! My Captain!'" Give me a mighty yawp if you were one of them.

Up nabbed the big kahuna award for animated movies, not to mention a win for its score and even a nomination for Best Picture (first time for an animated film!). But it also reigned supreme in the always-competitive category of "Most Traumatic First Five Minutes of a Feature FIlm."

Of course Grease was nominated for Best Original Song ("Hopelessly Devoted to You"), but it also took home the gold statue for the Best Costumes subcategory of "Most Hair Gel Used During Production." And John Stamos wasn't even in that one.

Talk about cleaning up at the Oscars. Apocalypse Now was nominated for 9 and scooped up 3 of 'em: Best Cinematography, Best Sound Mixing, and "Best Adaptation That Was at Least Twice as Long in Minutes as the Original Book Was in Pages."

Now go fill out your Oscar pool before the music cuts you off.

Jack and James Cameron had a lot in common.