8 Symbols of Light That Have Been Burned Into Our Brains

Light...is the greatest. Doesn't get enough press, in our opinion. Without it, we'd have sooo many more bedpost-related bruises on our knees.

Below are some symbols of light found in literature or music that have been burned into our brains. We'll give you the rundown on eight of our faves and, uh...show you the light. 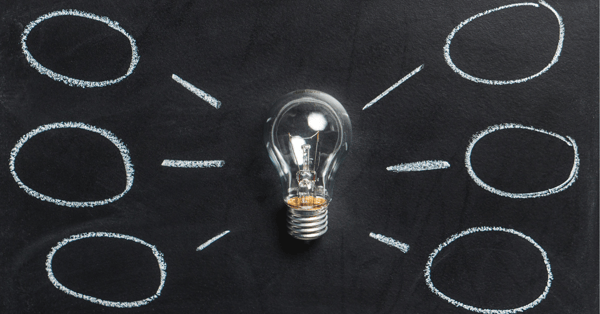 8 Symbols of Light That
Have Been Burned Into Our Brains

1. The Green Light in The Great Gatsby

Who would have thought that a weird green light at the edge of someone's dock would have become one of the most memorable symbols in western literature? To be fair, Fitzgerald does kinda hit us over the head with it—it's basically the first and last thing we see in the book—so it makes sense that we remember it nine decades later. Maybe it was a DC-sponsored plug for the next Green Lantern movie?

3. The Red Candle in The Joy Luck Club

Turns out candles are meaningful in just about every culture out there. In The Joy Luck Club, the candle is a symbol of marriage: if the two ends remain burning during the entire marriage night, the marriage bond is considered complete. Not exactly Fifty Shades material, but...to each their own, we guess.

5. The Spark in Frankenstein

There's plenty of light and dark imagery in Shelley's novel, but it's that spark we remember. Why? Because...Hollywood. The book describes the spark, but it's the 1931 movie that burned it into our brains with an added bolt of lightning. Fire...bad. Spark...good.

According to a woman named Morning Light (again with the light imagery), every person has a box of matches inside them that must be lit. She should get together with Forrest Gump. That would be one flamin'-hot box of chocolates.

7. The Candle in Othello

Most people have a pretty positive association with blowing out candles: it's what we do on our birthdays before chowing down on some delicious cake. Well, sorry to put a damper on your b-day traditions, but in Othello, blowing out candles is synonymous with strangling your wife to death. Like...her rendition of "Happy Birthday" wasn't that bad.

If it didn't stick the first time, Elton's reprisal of "Candle in the Wind" for Princess Di's passing made this one memorable. As the musician himself said, the "candle burned out long before [the] legend ever did."

Here's to our faves that are dripping with light symbolism.

"Happiness can be found in the darkest of times, if one only remembers to turn on the light."