Facial hair is patriotic. How so? It helped Abraham Lincoln win the election, for starters, and for fifty years after that, every single elected president rode Lincoln’s scruffy coattails...except McKinley. Real trailblazer, that one. 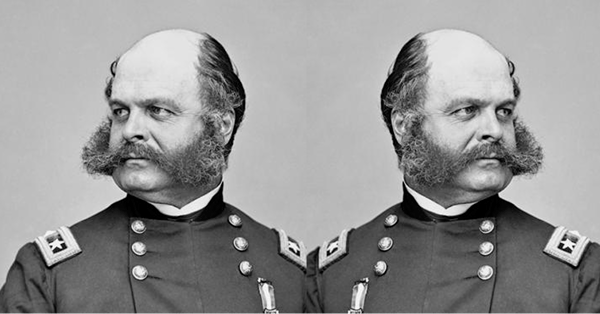 To commemorate the 155th anniversary of the American Civil War, let’s look at some of the best whiskers the era had to offer. Need a refresher on what these hairy faces went through? 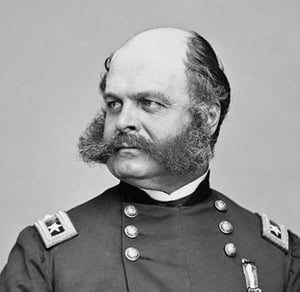 In fact, he is credited with giving us the term “sideburns,” though “cheekstache” might have been more accurate.

Burnside also appears to have inspired the makeup design for Lando Calrissian’s co-pilot in Return of the Jedi.

Is his subtle scruff patch supposed to hide his double chin? Did he miss a spot shaving for picture day?

These questions may be lost to the ages. 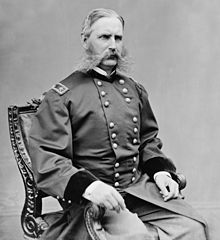 Christopher C. Augur was a commandant at West Point when the Civil War began, but he quickly rose the ranks to become Second Commander of XXII Corps.

Sadly, injuries he sustained in combat forced him to amputate the front half of his beard. 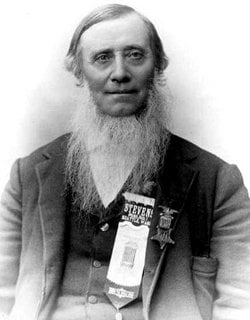 Granville S. Arnold was a private with the 1st California Cavalry of the Union Army.

Although he never attained any rank, you probably recognize his beard from every low-budget production ever. 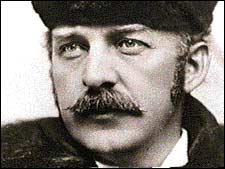 Nelson A. Miles made a name for himself during the Civil War, earning a Medal of Honor and the rank of major general.

Although the years that followed turned him into a cruel campaigner against Native Americans, his ‘stache continues to be the envy of his progeny hipsters from Brooklyn to the Mission to Silver Lake.

6. The King of the Forest 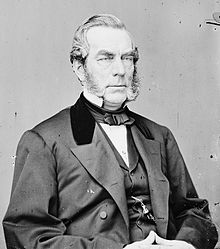 Edwin D. Morgan was a New York governor, the first ever chairman of the Republican National Committee, and a major general for the Union Army to boot. Not bad for a guy who looks exactly like the Cowardly Lion.

7. The Double Chinbow Across the Sky 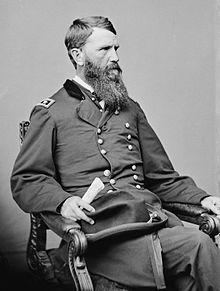 Francis P. Blair, Jr. was a Missouri senator, major general for the Union, and the Democratic nominee for Vice President in 1868. Distinguished political career or no, this beard may make you break down into tears and question, “what does it mean?”

8. The Neck Bone’s Connected to the…

Glenni Scofield served as a judge for the 18th district of Pennsylvania during the Civil War, but you’re probably too distracted by his billowing neck beard to think about that right now.

Never before have a chin and Adam’s apple been more perfectly united. This beard is the reason we need the word “synergy.”

Charles Griffin was a Union brigadier general during the Civil War and commanded the Department of Texas during Reconstruction. Experts aren’t sure how he managed to eat and drink through his spiraling, conch-shell mustache, but there’s a good chance it's the reason Starbucks chose a split-tail mermaid for a beverage logo. 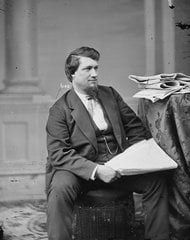 Beards don’t get more patriotic than that.

How did these beautiful beards and their clean shaven comrades impact U.S. History? Here is our post-war video for a quick summary.

U.S. History 1877-Present: The Outcome of the Civil War

Shmoop Quote
"A thing of beauty is a joy for ever."