5 Books That Definitely Were Not Written in a Month

November is National Novel Writing Month, or NaNoWriMo, for those in the know. Here at Shmoop HQ, we keep trying to hit the 50,000-word mark, but year after year we come up short. To make ourselves feel better (and to procrastinate on the whole novel-writing thing), we came up with a list of books we're absolutely sure were not written in a month. 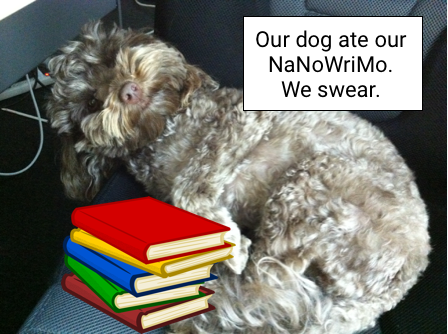 You saw this one coming. But it's true: we bet Herman Melville, author or Moby-Dick, couldn't have even written the cetology chapter in a month.

There are sentences in Ulysses that took longer than a month to write. And to read, for that matter.

Ayn Rand was no Hemingway. And Atlas Shrugged is atlas-lengthed.

Clarissa is the ultimate soap opera (except, you know, from the 18th century). And just like how every soap opera is on the air for what feels like centuries, Clarissa also goes on forever—it's one doorstop of a novel.

Maybe if Tolstoy had done War OR Peace, he could've put it together in a month, but both War AND Peace? Not a chance.