If you've been forgetting your weekly #WCW or you missed out on your Galentine's Day brunch, then you're in luck. March means Women's History Month, so you have a full thirty-one days to make up for your slacktivism.

While there are obviously more than enough women to fill the whole month (plus every other month from now until the end of time), we want to highlight just a few. They might not all agree when it comes to ideology—and you might not agree with them—but they do have one thing in common: they're women warriors. 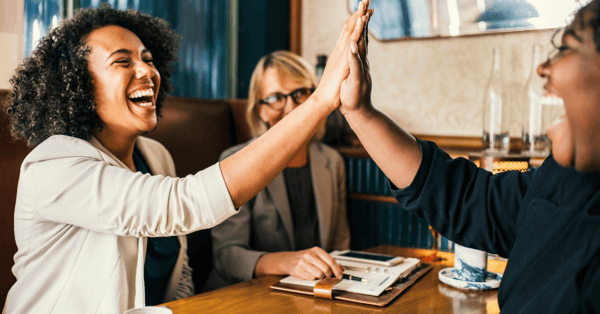 An abolitionist, Grimké Weld presented an anti-slavery petition to the Boston State House, making her the first American woman ever to address a legislative body. A little more impressive than being the first woman to sign a petition on change.org. Get off the couch, peeps.

Not only is she the namesake for Lindsay Lohan's character in Mean Girls (uh...right?), but Elizabeth Cady Stanton also founded the National Woman Suffrage Association. We can't decide if she'd love Mean Girls...or hate it.

Harriet Tubman not only brought hundreds of runaways all aboard the Underground Railroad, but she also acted as a covert spy for Union forces in South Carolina, making her the most amazing female spy ever. Beating even you, Melissa McCarthy. (We know you read our blog.) When was the last time you helped abolish slavery?

Traveling across the country, penning a newspaper column, and speaking on the radio, Eleanor Roosevelt wasn't afraid to speak her mind and put her money where her mouth was. So it's fitting that she's being considered as one of the candidates to grace some U.S. currency, getting a woman on a greenback for the first time in over a hundred years.

After demystifying (demystiquefying?) the creature known as woman with The Feminine Mystique, Betty Friedan convinced President Johnson to fight against gender discrimination in the workplace, doing her best to slam his head right through the glass ceiling. Metaphorically, of course. 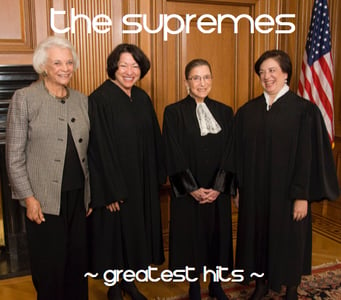 Sandra Day O'Connor, Ruth Bader Ginsburg, Sonia Sotomayor, and Elena Kagan are the only women to have ever served on the Supreme Court. Out of 112, that's not a great showing, but these four women have certainly made their mark. And while they might not "Stop! In the Name of Love," these Supremes do stop in the name of injustice. Plus, no one will ask them who they are wearing, that's for sure.

Talk about a list of firsts. A former teacher, Ros-Lehtinen was the first Latina in Congress. She was also the first Hispanic woman to be elected to the House of Representatives and Senate in Florida. And to round it out, she was the first person to deliver the State of the Union response in Spanish. ¿Qué genial, no?

So, uh, what have you done today?